What is expected in the Laravel 5.3 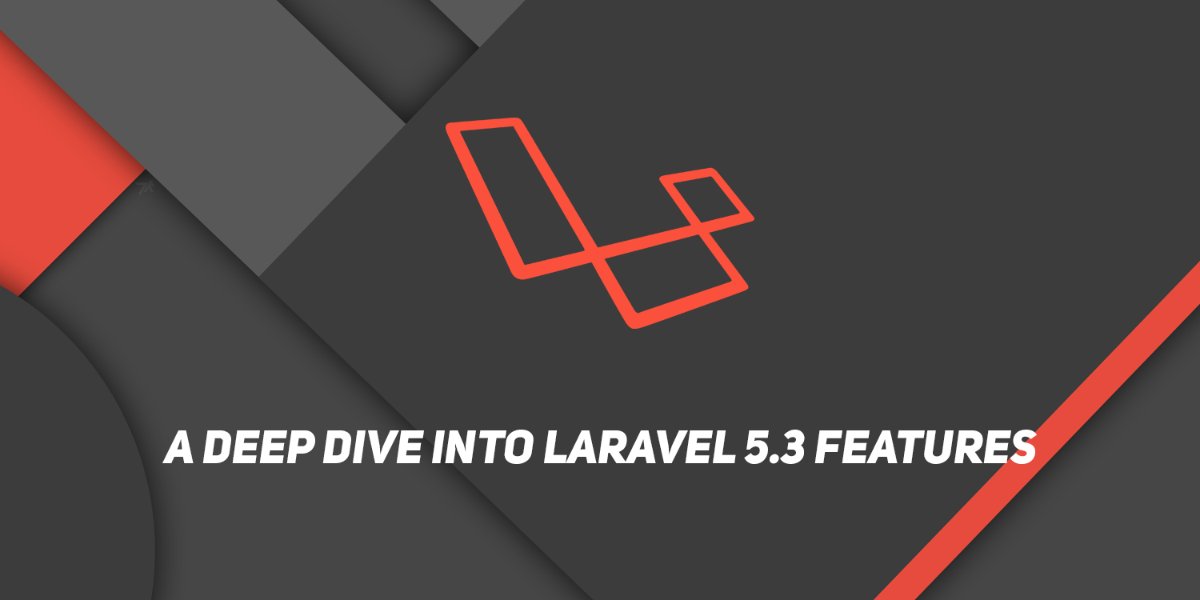 Laracon US 2016 Conference is Sold Out!

With the 2016 Laracon US conference already sold out and just but a few weeks away, it is expected that Laravel 5.3 will be released during the 3 day conference from July 27th to July 29th of 2016.

We’ll have Chris, Nick, and Mathias out at Laracon this year so look for a first-hand recap during Laracon.

In this article, we will take a look at what to expect in 5.3

In May 2016, Taylor Otwell made a screencast on Laracasts introducing Laravel Echo using Laravel Spark as one of the new things coming in Laravel 5.3.

Laravel Echo is a vast improvement over the event broadcasting system In Laravel and how it Interacts with Pusher.

There is no documentation yet on Laravel Echo so we will not delve into how to create a real time app sample just yet.

For those of you that dare venture, such as Matt Stauffer that have gone ahead to dig into the source, you may tinker with Laravel Echo in one of the following ways

Taking a look at the loop structures, Laravel allows us to iterate through data with ease.

Laravel 5.3 will be introducing a new $loop variable that will be available for each iteration in the @foreach directive.

The loop variable will have some of the following properties.

What this means is that you will be able to do cool things like:

While returning data from a database model returns JSON data, this has merely been an array that can be converted to and from JSON format.

In Laravel 5.3, you can now look forward to a new way of querying and updating data based on the JSON properties.

What does this mean for you?

In this section, we will use the same example of a players table.

A player can have attributes that are vital to the player character, this details which include name, date of birth, phone number and email address are justified to have their own respective fields.

We can however have some additional data that may not be key to identify the character of a player record but may be necesarry to have as part of a player’s profile.

This means that with a record template that looks like this, we can query and update the data based on the statistics of each player using the arrow notation.

To get a list of all players with 20 goals, we will make a query whose where clause has two parameters. The first being the json field name with an arrow notation followed by the property name, and the second being the value to equate to.

We can also update the player details based on a value in the JSON field.

As for Laravel 5.3, this feature is limited to databases that have JSON data type support such MySQL 5.7 and PostgreSQL 9.5.

Take a look at how Prosper Otemuyiwa, an open source envagelist, plans on taking advantage of the JSON column to index and look up data on this Facebook post.

Allowing Additional Values To Be Passed To firstOrCreate

The firstOrCreate method will allow you to provide additional parameters to it.

So instead of having to check if a record exists and creating it like this:

You can now do this:

In both cases, we will get a site whose name is scotch if it exists but if does not, we will create one with a username of scotch and website value of https://scotch.io.

While the where method in Laravel 5.2 allows you to filter a collection by equality of a given key/value pair, we can expect that Laravel 5.3 to have some additional operators.

With the operator parameter, you have the option of using one of the following:

This in turn means that the whereloose method will be deprecated since there will be no need for loose comparisons.

In Laravel 5.2, the database query builder returns an array where each result is an instance of the PHP StdClass object.

This is bound to change in Laravel 5.3 to return a collection instead.

I personally think will be a really good change since you do not need the collect method to convert the array to a Laravel collection. It also goes without saying that collections are much easier to work with as opposed to arrays.

A Quick Look At Migrations

Laravel 5.3 will support multiple migrations paths through a service provider.

With this, running migrations from your Laravel project and all the packages that need to run migrations is as easy as php artisan migrate

While this may not seem as a big improvement compared to some of the other improvements, migration paths are bound to make it easier to load migrations from packages.

According to Alex Bowers in this article,

This new feature allows the migrations to stay where they are, and not clutter up your migrations folder.

Rollback Back Migrations, One Step At A Time

Laravel 5.3 is set to provide a new option to enable you to rollback one migration as opposed to the entire migration

Laravel makes it all too easy to store uploaded files to any of your disks as configured in config/filesystems.php. In this case, disks refer to your storage location which currently include:

Read more about the specific configuration for each storage drive on the filesystems documentation.

In Laravel 5.3, the UploadedFile class has a store method that accepts the file path to store the file and an optional second parameter of the storage location of choice.

The file name is intentionally omitted since an md5 hash of the file contents is generated as the file name.

To override this implementation and store a file with a name of your choice, use the storeAs method which accepts the file name as a second parameter

Word On Twitter: Simple Pagination Templates, Laravel Queues and Then Some

Taylor Otwell recently tweeted about Documentation driven development and if you follow him, well then let’s just say you will always be up to date on peek previews of what’s coming.

He wrote a tweet on June 1st 2016 on customizing pagination using views which was in response to this issue on Github. This makes it easier to have custom pagination styles as opposed to being limited to the Bootstrap template implementation.

Some improvements in the Laravel queue service have been mentioned on twitter by Taylor Otwell and @laravelphp.

I have just but lightly touched on what to look out for on Laravel 5.3 which is expected to support PHP 5.6, PHP 7 and HHVM.

While I have not touched on the methods that are being done away with besides whereloose(), I would like to mention the lists() method which will be removed in favour of the pluck() method.

Some changes are also expected in the Validation class. What changes have you seen in Laravel 5.3 so far? What are you looking forward to in 5.3? Let’s get talking on the comment section.

☞ How to use Advanced Laravel Eloquent