Top 5 Cryptocurrencies Set For Success In 2018 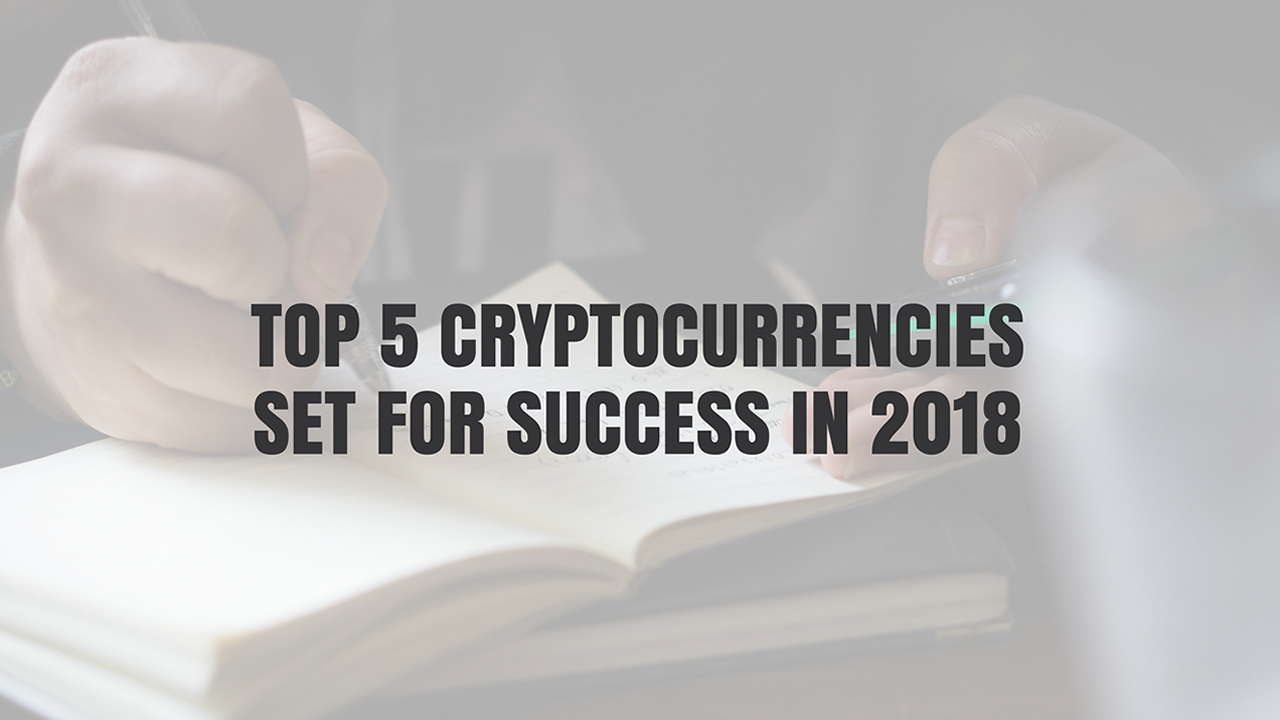 2017 was the year of the bull for cryptocurrencies, experiencing a market growth from 17M to 580M at the time of writing, based on coinmarketcap.com.

With this growth, we have seen some impressive projects surface, introducing new ways for value and information exchange with the use of cryptography. However, due to the overwhelming information and countless cryptos to choose from, we decided to create a list of promising cryptocurrencies based on upcoming roadmaps, adoption possibilities, foundations set in 2017, and practicality in use-cases. With 2018 right around the corner, here are some projects we project to do extremely well in the upcoming year.

Often referred to as the PayPal 2.0, Request is a decentralized network that allows anyone to request a payment (a Request Invoice) for which the recipient can pay in a secure way. All of the information is stored in a decentralized authentic ledger. This results in cheaper, easier, and more secure payments, and it allows for a wide range of automation possibilities. The Request team has also gained a lot of credibility due to their previous experiences (created Moneytis, a money transfer company), backing by Y Combinator (one of the largest accelerators in Silicon Valley, backed companies like AirBnB, Coinbase, Dropbox, etc.), as well as the regular and transparent updates rare to encounter in the cryptosphere.

In Q4 of 2017, Request also came out with a minimum viable product, which functions surprisingly well and shows, in a snapshot, how big of a problem they are set out to solve. What is also important to know is that Request is not just “payment processing”, but also includes benefits such as efficient and automated invoicing, identity protection, smart auditing, fast and cheap value exchange, and cross-currency transactions (meaning that you can pay in whichever currency you want, and the receiver gets the currency they desire).

With one of the most needed and viable use-cases in the financial industry, highly anticipated 2018 roadmap, and impressive backing, Request Network is expected to grab a significant part of the highlight in the coming year.

OmiseGO is set out for success due to extensive industry connections and strong demand for what they aim to accomplish. The parent company, Omise, has a team of over 130 staff members across multiple countries, while the project is endorsed by notorious names like Vitalik Buterin and Gavin Wood to name a few, both of whom serve as advisors for the team.

So what exactly is their purpose? “Unbank the Banked” is the slogan of OmiseGO, with which they aim to revolutionize the financial dynamics between a multitude of currencies. They are targeting individuals and businesses of all sizes by improving the current financial system that is slow, outdated, and inaccessible to most “everyday” people in SEA. With their online exchange, OmiseGO seeks to enable instantaneous and efficient cross-currency transactions, which will act both between fiat currencies and cryptocurrencies. Upon success, you will not need to exchange money when travelling the world or convert money for international wires — just send the currency of choice and the recipient receives his/her currency of choice (maintaining low fees and near-instant transactions). With their platform, they can revolutionize the way global finance works, by eliminating all restrictions and adopting a single click/swipe/scan mechanism for all transactions.

OmiseGo has already been building partnerships in the SEA region and recently partnered with McDonald’s and Credit Saison. With a capable team, impressive 2018 roadmap, and extensive connections, OmiseGO can become one of the forerunners of the coming year. For more information, read the full article about OmiseGO.

IOTA is an open-source distributed ledger protocol launched in 2015 that goes ‘beyond blockchain’ through its core invention of the blockless ‘Tangle’. The IOTA Tangle is a quantum-resistant Directed Acyclic Graph (DAG), whose digital currency ‘iota’ has a fixed money supply with zero inflationary cost. The goal of IOTA is to improve the issues of blockchain solutions through a transaction validation network that is not subject to PoW/PoI/PoS, while removing scalability issues by actually getting faster as more people use it, not the other way around seen with coins like BTC and ETH. You also don’t have to subsidize miners, so there are no fees on transactions.

Instead, when issuing a transaction in IOTA, you validate 2 previous transactions. This means you no longer outsource validation to miners which requires wasteful amounts of computing power and usually a large stake of coins. These required resources are, in effect, centralizing the currencies which many believe were created to be decentralized in the first place. With a hard-working, dedicated and capable team, the project has been able to charm interest and participation from giant global companies referenced HERE, some of which have already partnered up with IOTA. The consistent progress, strong foundations and the ability to secure impressive partnerships validates the need and use-case of IOTA, making it set for success in 2018. For more information, read the full article about IOTA.

NEO claims to have learned from Ethereum’s mistakes and implemented various technical differences to be positioned as the world’s premier smart contracts platform. One differentiating factor is the variance of programming languages supported, while Ethereum relies on its own developed language that developers must learn before contributions. Moreover, NEO has built its own consensus mechanism called dBFT, which is a lot faster and already allows staking and voting in order to involve people taking part in the consensus process. Additionally, with NEO, you don’t have to pay your share in the network to get access to services, because there is a “dividend” that NEO generates, called GAS. GAS is used for all system fees, as they believe a transaction coin should be de-coupled from a share coin (similarly as you don’t pay for a MacBook in Apple shares).

With an extremely capable and credible in-house development team (focused on developing the platform), development communities such as City of Zion, NEOtracker and PeterLinX (focused on developing dApps on the platform), as well as countless projects launching on their blockchain in the coming year, NEO has positioned themselves to become a real powerhouse in 2018. For more information, read the full article about NEO.

With Masternodes help keep integrity of network and enable support for PrivateSend and InstantSend. Earn up to 80% of the block reward running a node and contributing to the network.

Thanks for Reading. Share your thoughts in the comments section below.