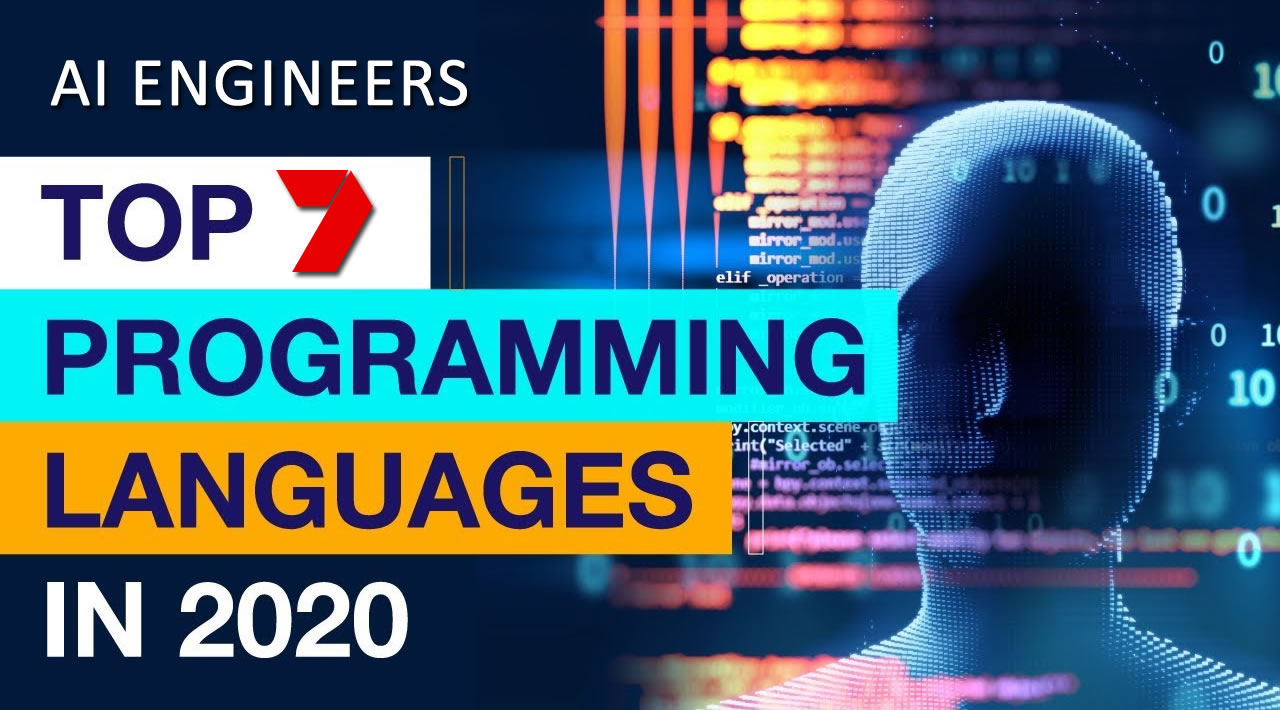 With several AI programming languages to choose from, AI engineers and scientists can pick the right one that suits the needs of their project. Every AI programming language comes with its fair share of pros and cons. We will discuss some of the most popular ones listed below and leave the decision making up to you

Artificial Intelligence has now become an integral part of our daily lives with all the benefits it provides over hundreds of unique use cases and situations, not to mention how simple and easy it has made things for us.

With the boost in recent years, AI has come a long way to help businesses grow and achieve their full potential. These advancements in AI would not have been possible without the core improvements in the underlying programming languages.

Python is the most powerful language you can still read.

Developed in 1991, Python has been A poll that suggests over 57% of developers are more likely to pick Python over C++ as their programming language of choice for developing AI solutions. Being easy-to-learn, Python offers an easier entry into the world of AI development for programmers and data scientists alike.

With Python, you not only get excellent community support and an extensive set of libraries but also enjoy the flexibility provided by the programming language. Some of the features that you may benefit the most from Python are platform independence and extensive frameworks for Deep Learning and Machine Learning.

Some of its most popular libraries are -

● TensorFlow, for machine learning workloads and working with datasets

● Keras, as the code interface for highly complex mathematical calculations and operations

● SparkMLlib, like Apache Spark’s Machine Learning library, making machine learning easy for everyone with tools like algorithms and utilities

● MXNet, as another one of Apache’s library for easing deep learning workflows

● Theano, as the library for defining, optimizing and evaluating mathematical expressions

Also, Python has surpassed Java and became the 2nd most popular language according to GitHub repositories contributions. In fact, Stack Overflow calls it the “fastest growing” major programming language.”

Java is considered one of the best programming languages in the world and the last 20 years of its use is proof of that.

With its high user-friendliness, flexible nature and platform independence, Java has been used for developing for AI in various ways, read on to know about some of them:

● TensorFlow
TensorFlow’s list of supported programming languages also includes Java with an API. The support isn’t as feature-rich as other fully supported languages, but it’s there and is being improved at a rapid pace.

R was created by Ross Ihaka and Robert Gentleman with the first version being launched in 1995. Currently being maintained by the R Development Core Team, R is the implementation of S programming language and aids in developing statistical software and data analysis.

The qualities that are making R a good fit for AI programming among developers are:

● The fundamental feature of R being good at crunching huge numbers puts it in a better position than Python with its comparatively unrefined NumPy package.

● With R, you can work on various paradigms of programming such as functional programming, vectorial computation and object-oriented programming.

Some of the AI programming packages available for R are:

● Gmodels provides a collection of several tools for model fitting

● Tm, as a framework for text mining applications

● RODBC as an ODBC interface for R

Used widely among Data Miners and Statisticians, features provided by R are:

● Wide variety of libraries and packages to extend its functionalities

● Able to work in tandem with C, C++ and Fortran

Short for Logic Programming, Prolog first showed up in 1972. It makes for an exciting tool for developing Artificial Intelligence, specifically Natural Language Processing. Prolog works best for creating chatbots, ELIZA was the first-ever chatbot created with Prolog to have ever existed.

To understand Prolog, you must familiarize yourself with some of the fundamental terms of Prolog’s that guide it’s working, they are explained in brief below:

● Rules define the statement but with additional conditions

● Goals define where the submitted statements stand according to the knowledgebase

Prolog offers two approaches for implementing AI that has been in practice for a long time and is well-known among data scientists and researchers:

Short for List Processing, it is the second oldest programming language next to Fortran. Called as one of the Founding Fathers of AI, Lisp was created by John McCarthy in 1958.

Built as a practical mathematical notation for programs, Lisp soon became the choice of AI programming language for developers very quickly. Below are some of the Lisp features that make it one of the best options for AI projects on Machine Learning:

With major improvements in other competing programming languages, several features specific to Lisp have made their way into other languages. Some of the notable projects that involved Lisp at some point in time are Reddit, HackerNews and Morioh

Defined in 1990 and named after the famous mathematician Haskell Brooks Curry, Haskell is a purely functional and statically typed programming language, paired with lazy evaluation and shorter code.

It is considered a very safe programming language as it tends to offer more flexibility in terms of handling errors as they happen so rarely in Haskell compared to other programming languages. Even if they do occur, a majority of the non-syntactical errors are caught at compile-time instead of runtime. Some of the features offered by Haskell are:

Its features help improve the productivity of the programmer. Haskell is a lot like the other programming languages, just used by a niche group of developers. Putting the challenges aside, Haskell can prove to be just as good as other competing languages for AI with increased adoption by the developer community.

Julia is a high-performance and general-purpose dynamic programming language tailored to create almost any application but is highly suited for numerical analysis and computational science. Various tools available for working with Julia are:

● Popular editors such as Vim and Emacs

● IDEs such as Juno and Visual Studio

Some of the several features offered by Julia that make it a noteworthy option for AI programming, Machine Learning, statistics, and data modeling are:

● Able to work for parallel and distributed computing

Built to eliminate the weaknesses of other programming languages, Julia can also be used for Machine Learning applications with integrations with tools such as TensorFlow.jl, MLBase.jl, MXNet.jl and many more that utilize the scalability provided by Julia.

With several AI programming languages to choose from, AI engineers and scientists can pick the right one that suits the needs of their project. Every AI programming language comes with its fair share of pros and cons. With improvements made to these languages regularly, it won’t be long when developing for AI would become more comfortable than how it is today so that more people could join this wave of innovation. Outstanding community support has made things even better for new people, and the community contributions towards several packages and extensions make life easier for everyone.